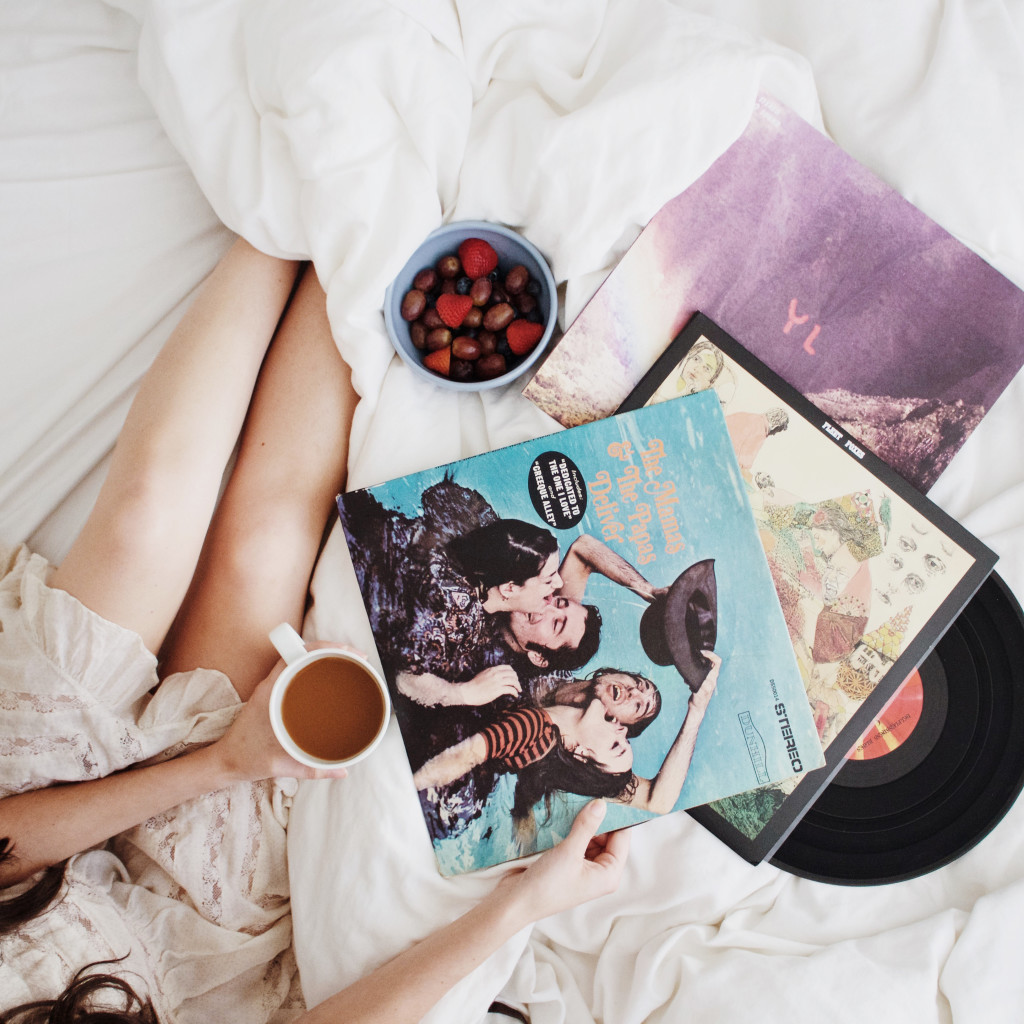 Sometimes when Scarlett is singing the Hot Dog song from Mickey Mouse Clubhouse at the top of her lungs for the twenty-third time, and I’ve had my nose in my Gmail inbox so long I start to dream in starred e-mails, I scroll mindlessly through Facebook to give myself a break … like just about everyone else on the planet. And lately I keep spotting this shared post asking – “What songs have defined your life?” Then just the other day, my sister asked me what our wedding song was, and I realized, there were a handful.

It got me thinking. What songs have defined my own life? Do you have songs that transport you back in time to a memory, a moment? The kind of songs, where, with just the first few notes, you’re suddenly walking in a dream; a memory of a first kiss, heartbreak, your mom’s kitchen?

I am a music junkie, and so I always want to know what songs my friends and family swear by. It’s incredibly hard for me to pinpoint my FAVORITE song. Odds are, I don’t have one. I have about three hundred. But songs that have defined moments of my life? That, I might be able to swing.

In no particular order, and this is just a tiny sampling (call it the “condensed soundtrack of my life”), here goes … 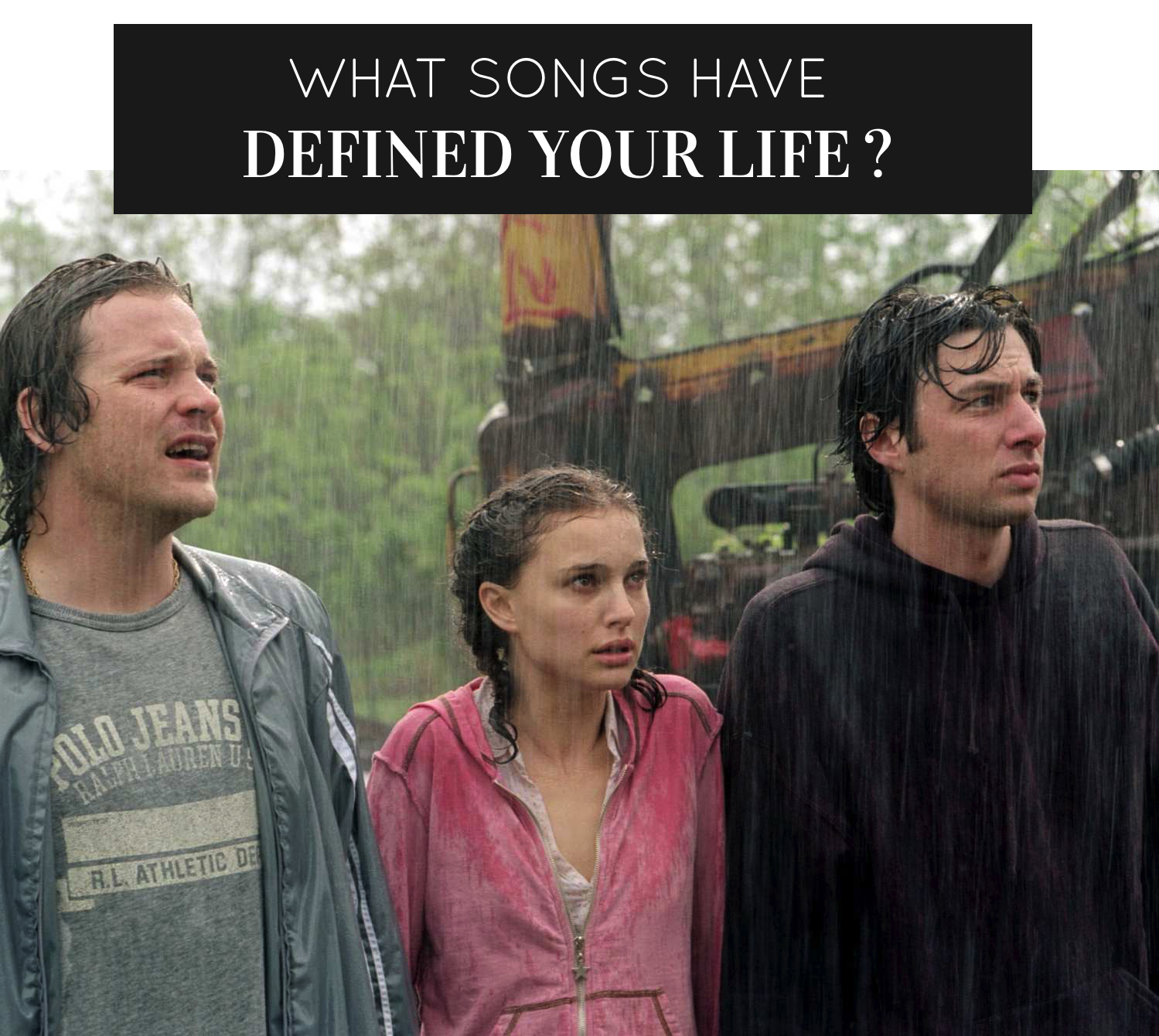 Downeaster Alexa, Billy Joel – When I was a little girl, my parents were deeply ensconced in their Billy Joel years. I always loved it when they both sang this song on our road trips.

Anna Begins, Counting Crows – I read the lyrics aloud as part of a poetry assignment in high school. Yeah, I was that dorky.

Babylon Feeling, Everlast – Back in the days when hubby wore a chain and rapped Goodie Mob lyrics, this was totally our high school song.

Tiny Dancer, Elton John – The moment on the bus in Almost Famous, when everyone sings Elton John at the top of their lungs – anytime I hear this song, I think of that scene and I’m reminded of home, of my big, loud family, singing.

Pardon Me, Incubus – I think this song marked a shift in my adolescence. That, and some combination of Tool, Nirvana, and Nine Inch Nails.

The Garden State Soundtrack – It was the first time I had ever seen Garden State. I was hooked. I watched the movie with eyes wide open. It threw me into adulthood on those unsteady steps that we all take in that awkward transition between teen and young adult. Anyone else?

In da Club, 50 Cent – College, and my best friend. We played 50 Cent on repeat. We wore our highest heels and cried our lowest lows and encouraged each other on and binged iced tea and cheap bread sticks. This song started a lifelong friendship and I always get hilariously sentimental when 50 Cent comes on the radio. My BFF actually got to meet 50 Cent at a fundraising event recently, and now she’s undoubtedly the cooler of the two of us. Happy Birthday, Serena.

A Perfect Circle, 3 Libras – Oh gosh, I don’t even know where to begin. The little goth girl in me just loves Maynard James Keenan too much. I met him once when he was signing his wine bottles at a Whole Foods in Miami (oh, adulthood). I think I overwhelmed him with my perkiness.

Motorcycle Driveby, Third Eye Blind – Mostly when I needed to cry in college.

Love and Some Verses, Iron & Wine – Easily the defining song of my relationship with hubby. Can you tell I kind of dig him? (Also, 16, Maybe Less, for obvious reasons. We fell for each other when I was only sixteen. But our young love story has a happy ending. I love that about us.)

Maybe Tomorrow, Stereophonics – This was another song on repeat during my college years. It’s his voice. So good.

Here Comes the Sun, The Beatles – I walked down the aisle to this to marry the man who is easily the best thing that ever happened to me. (Scarlett, the other best thing, was the result of that.) My brother, Sam, played the song on his guitar while the rest of us cried. I can’t hear that song now without tearing up.

That was tougher than I thought it would be! And new songs keep popping into my head.

So tell me, what are your life-defining songs?