Top
This post contains affiliate links, which means that if you click on one of the product links, I’ll receive a small commission. Thank you so much for clicking through and helping to support this little blog business of mine! Read more about our site, privacy, and disclosure policies here.

Slow cooker apple cinnamon steel cut oats are the easiest filling breakfast. They are hearty, delicious and healthy, with heaps of cinnamony flavor. Throw everything together overnight for the perfect breakfast on those busy mornings.

Breakfast is one of those things that we all know we need, we know is good for us, and yet, on most busy mornings, we can’t seem to get it together enough to serve a balanced, healthy breakfast. I even struggle with this on the weekends. Part of it is the planning. I mean, really, who wants to plan for breakfast? Then of course, there’s the actual cooking of a somewhat good-for-you breakfast that feels like the last thing on your busy day (or even lazy day) to do list.

Although still new-ish to me, the slow cooker (or crockpot) has totally blown my mind as of late. I don’t know if maybe I was living under a rock, but my goodness, a slow cooker makes life easier. It’s basically a kitchen wizard and makes meal-making SO much easier. You dump all of your ingredients in, set it, and forget it.

And you can MAKE BREAKFAST IN IT. I know; right!?

I’ve already tackled dinner (and dessert) in our slow cooker: this 3-Ingredient Trader Joe’s Thai Coconut Curry Chicken and Hearty Chicken Vegetable and Quinoa Soup have both become slow cooker staples in our kitchen, and if you’ve never tried dessert in a slow cooker, allow me to introduce you to slow cooker/crockpot apple crisp. SO good. (By the way, this Instant Pot basically does it all – slow cooker, rice cooker, pressure cooker – and you’ll love it.) But breakfast; it totally works too! 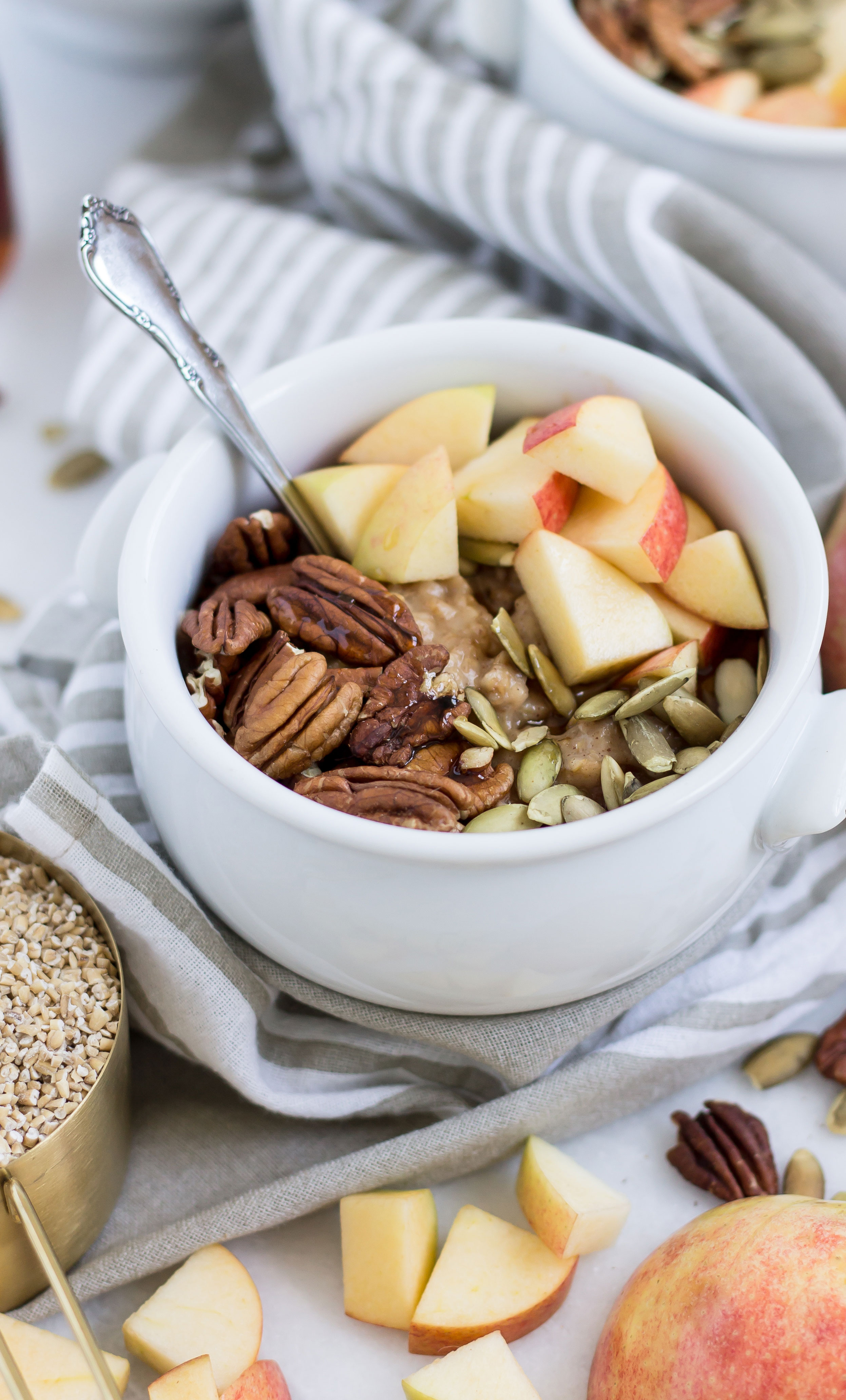 Our awesome food contributor, Hope, put together the recipe for these slow cooker apple cinnamon steel cut outs, and the result just might be your new favorite fall and winter breakfast.

Slow cooker apple cinnamon steel cut oats are the easiest fall breakfast. They are hearty, delicious and healthy, with heaps of cinnamony flavor. Throw everything together overnight for the perfect breakfast on those busy, crisp mornings. 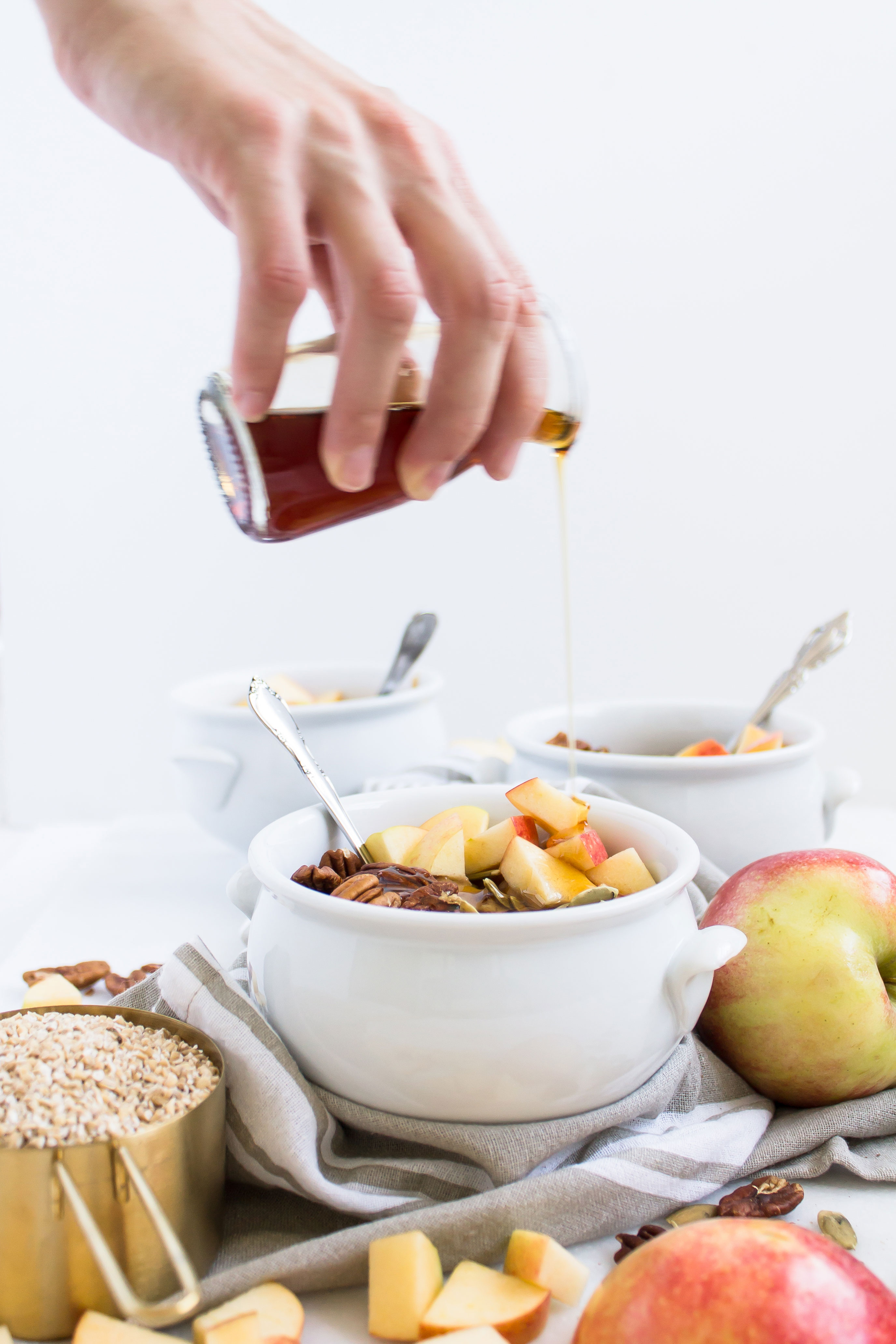 Slow cooker apple cinnamon steel cut oats are hearty, delicious and healthy, with heaps of cinnamony flavor. Cooking them in a slow cooker also makes it an unbelievably simple breakfast option on those busy, crisp fall and winter mornings. 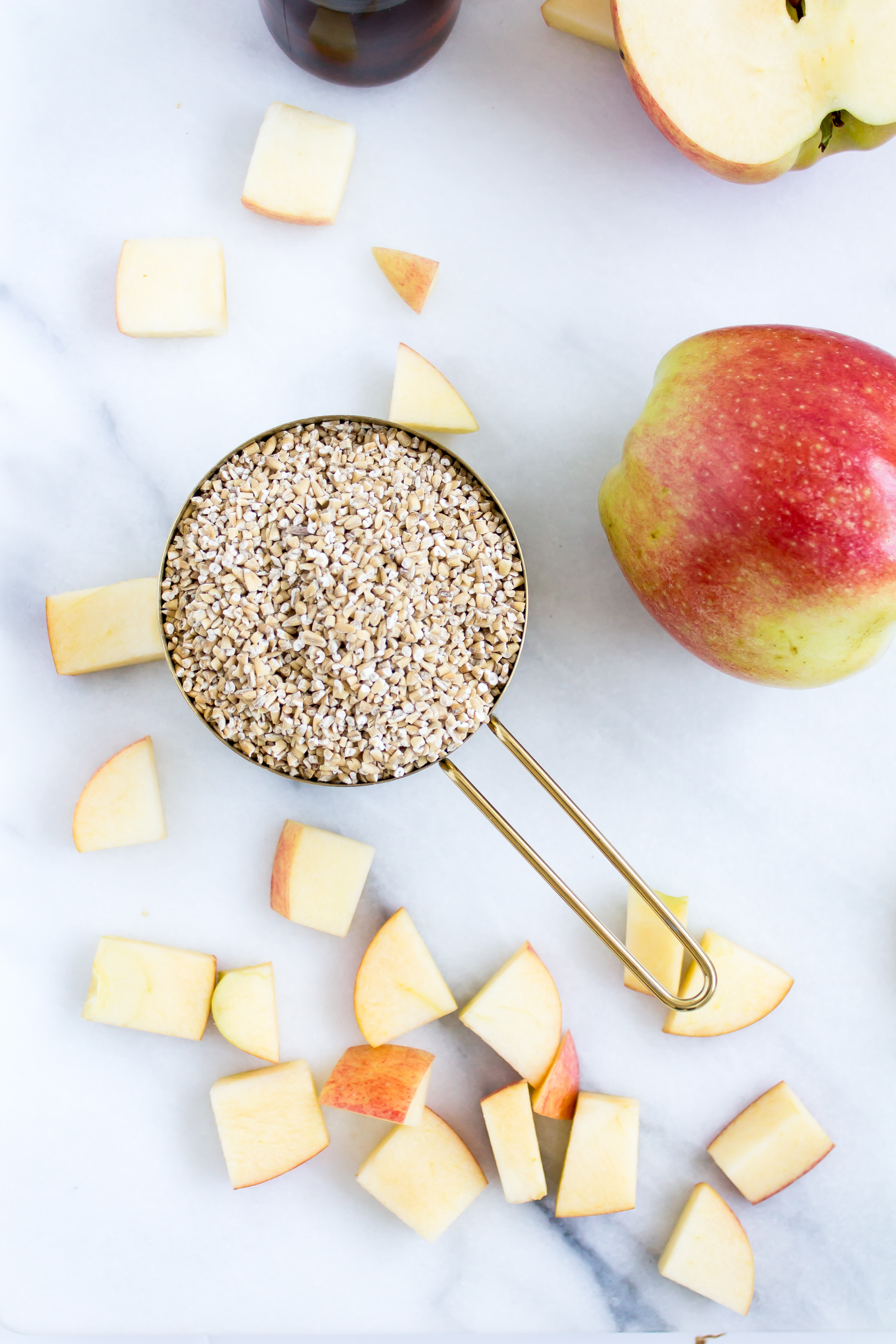 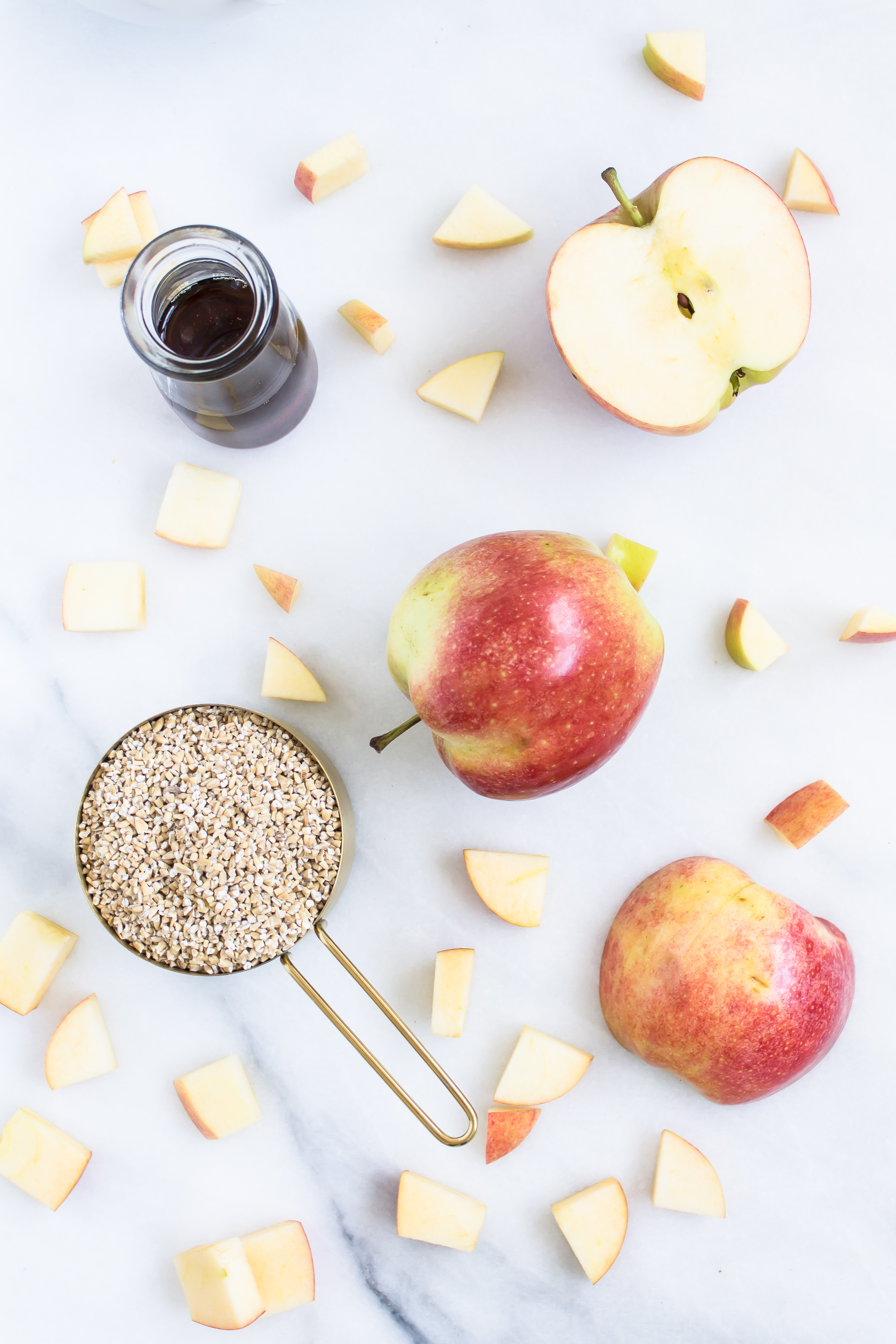 I’m such a big fan of steel cut outs. Also often referred to as Irish or Scottish oats, steel cut oats are a type of oatmeal that are processed by chopping the whole oat groat into several pieces, rather than rolled. Steel cut oats take longer to cook than regular oats, and have a hearty, chewy texture; a.k.a., they’re perfect for cooking in a slow cooker or crockpot. (We love this brand!) 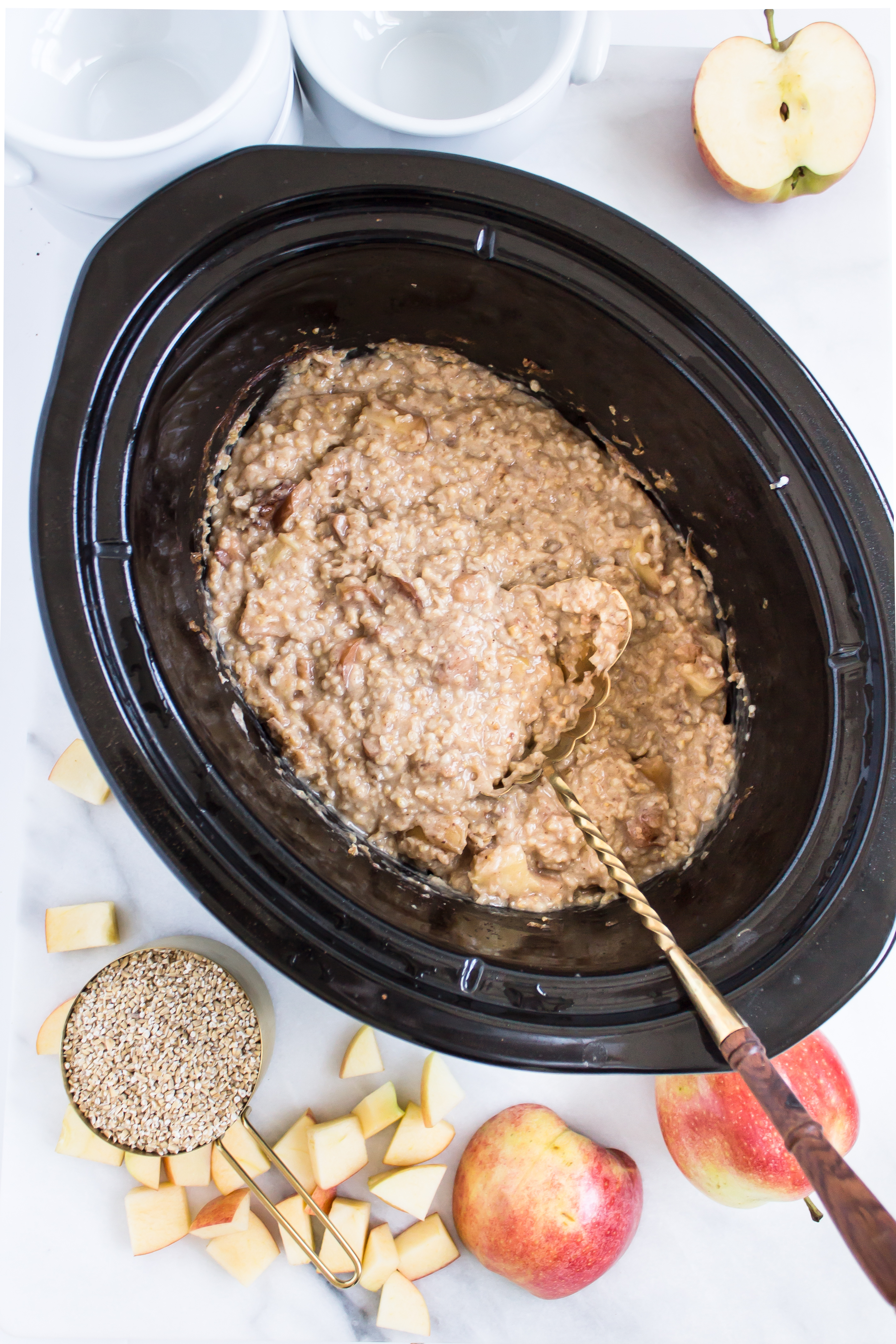 It’s so satisfying to have an entire hearty meal ready to go in a crockpot. You just throw all of your ingredients in and let that slow cooker work its magic. 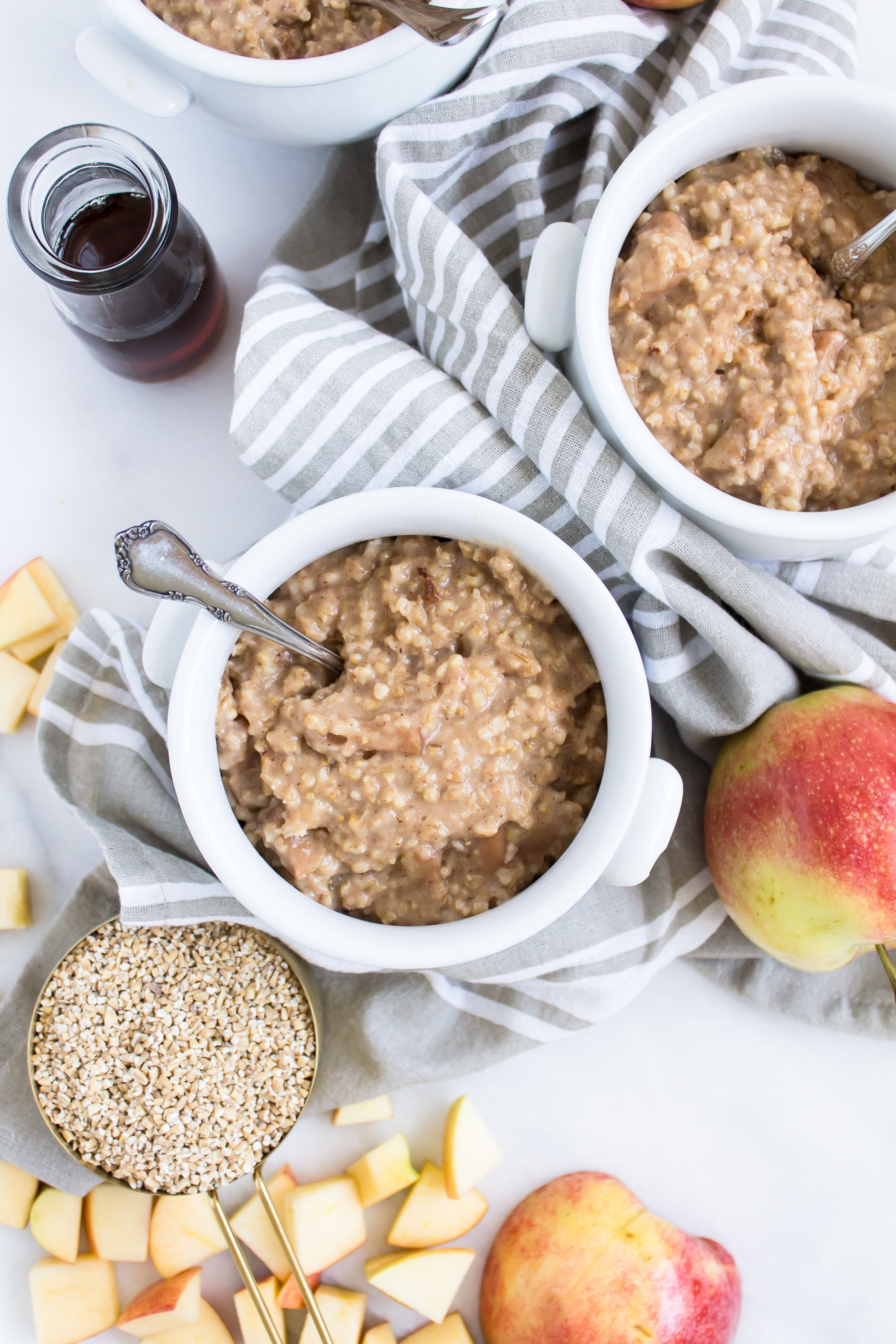 Don’t forget to serve your slow cooker apple cinnamon steel cut oats with all of your favorite toppings. One of the best parts about these easy make-ahead overnight oats is how truly customizable they are! 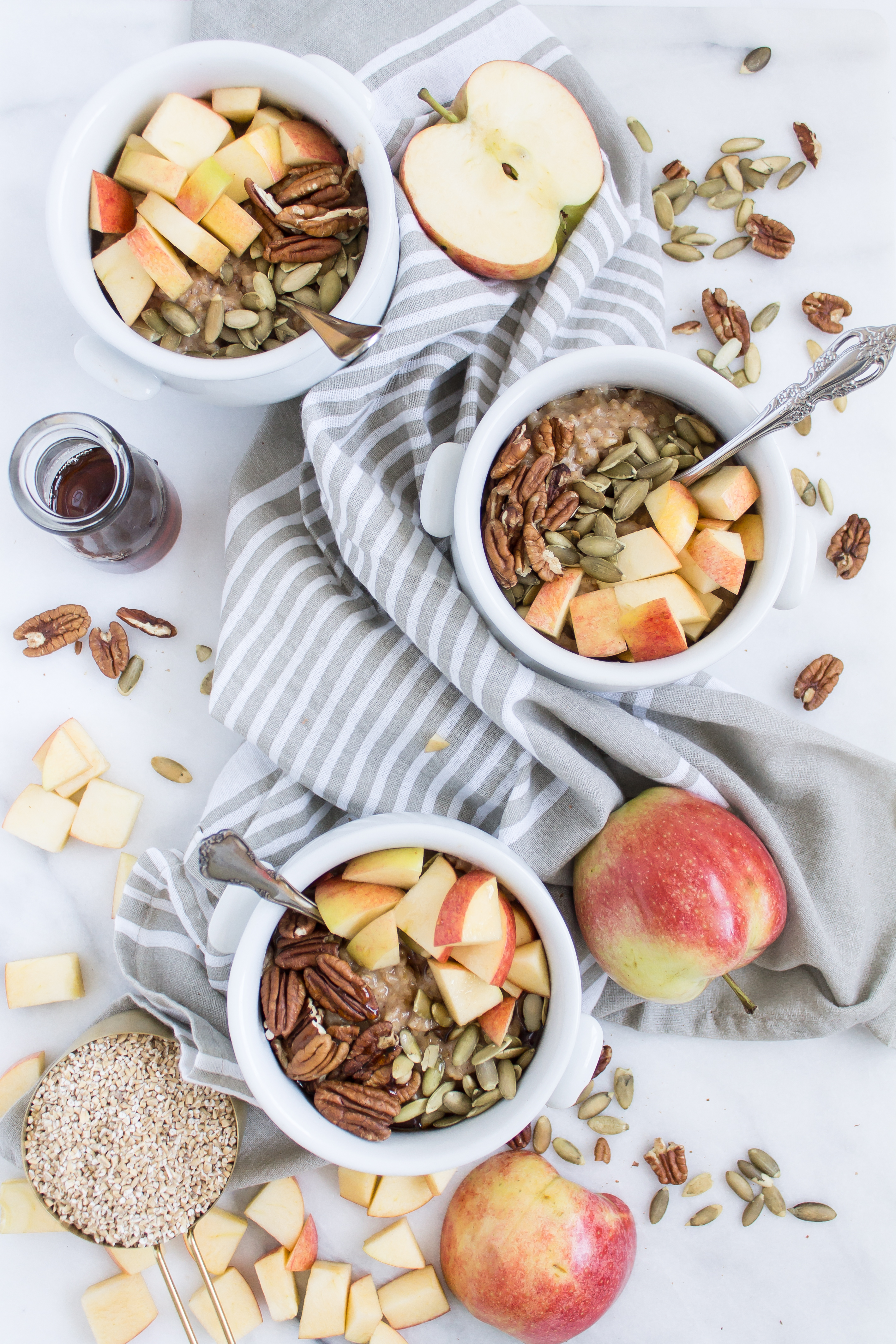 Love these slow cooker apple cinnamon steel cut oats? Head to our recipe page to check out what else we’ve been whipping up in the kitchen!

If you make your own slow cooker apple cinnamon oats, be sure to tag me on social media (@glitterinclexi) or let us know in the comments so I can live vicariously through all of your breakfast creations!

Older Post
10 Fall Scarves Under $20 That Only Look Expensive

Valentine’s Day is right around the corner, and