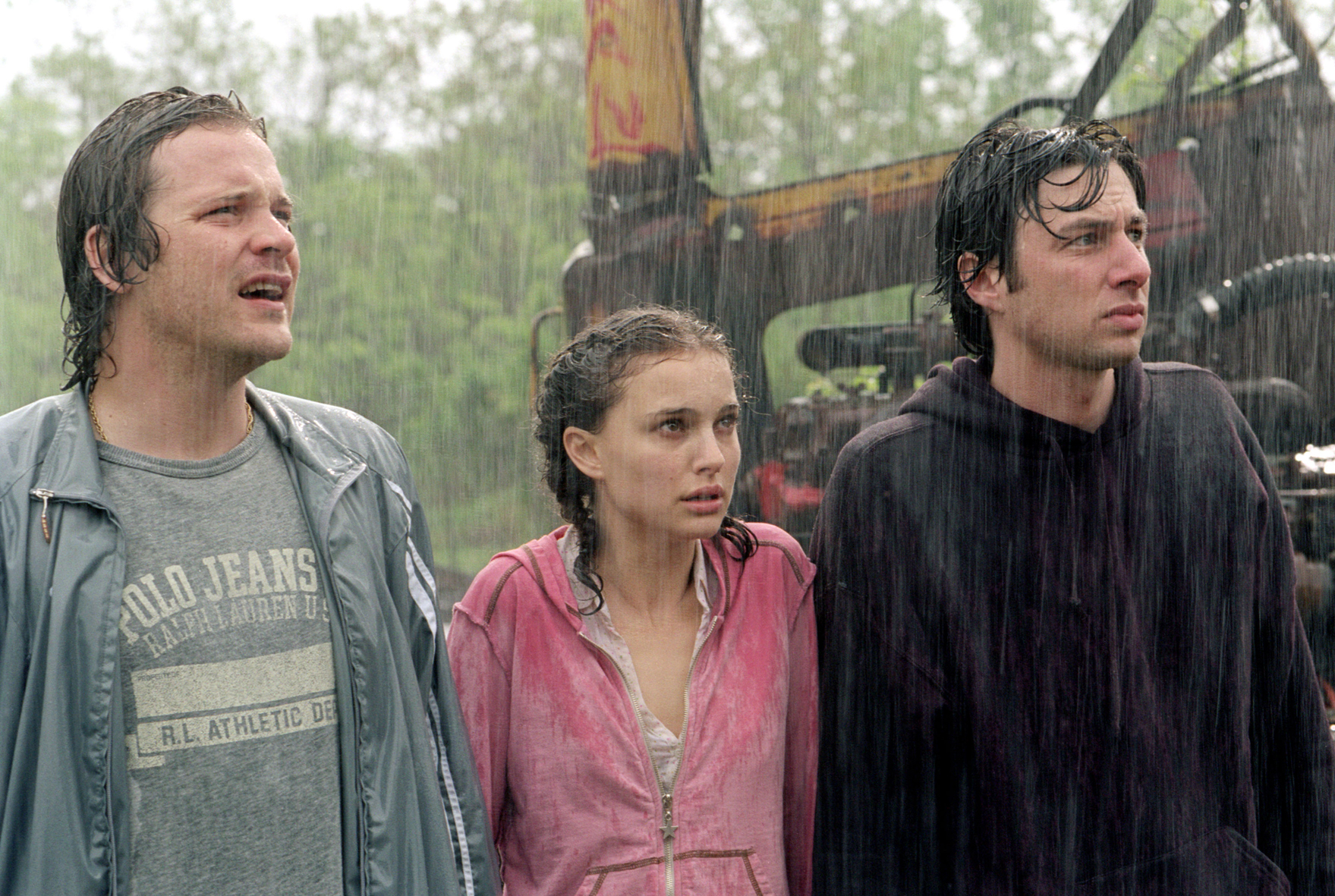 Yesterday I stumbled upon one of those posts full of gif’s titled, 14 Reasons You Still Love Garden State.  Of course, I still love Garden State.  But a bit of mild panic set in as I realized the post was in honor of Garden State‘s ten-year anniversary.  It has been ten years since we watched Zach Braff fumble through life returning home as a nouveau adult and not-so-successful actor; Natalie Portman, embracing her weird, sharing a song that would in fact, change your life, and carrying her own collapsible helmet (sans motorcycle).

Garden State made you think.  You probably bought the soundtrack, and listened to it on repeat.  Songs like “Don’t Panic” by Coldplay, “One of These Things First” by Nick Drake, “Such Great Heights” by Iron & Wine, and, of course, “New Slang” by The Shins, will forever take you back to that place in the film, and in your life, where you realized you were part of this generation of kids told we could have it all, but then of course, you struggle to pay rent.*  The struggle is built in.

I know I’m kind of rambling here, but, I mean … ten years.  I still feel like that kid every day.  I still want to be a writer, or a mermaid.  I want to get away from suburbia, live in the city, spend too much money on a cup of coffee and an obscene monthly electric bill, pay my absurd student loans and manage to return home a success.  I still hope I’m going to “figure it all out” – whatever that means.  And in a few months, hubby and I (who I still see as the boy who asked me out when I was sixteen years old) will have a baby girl.  One I very much hope will stand, wearing a garbage bag, on top of a painted train car, and scream with us at the top of her little lungs.

*Or for me, back then, my mom and dad paid my rent, and I still managed to be angsty …. ahhh, those were the days.

The Ultimate Gift Guide for Mom + A Giveaway
9
Comments

A few weeks ago we threw a costume party for Emmel

Took baby girl to @mfaboston and it was amazing. I

Happy Halloween from a few of my favorite stoops o

Anyone else completely in their feelings over the

A little behind-the-scenes of one of our favorite

Oh my gourd! If you are in the Boston area, you ha