I’m a sucker for a great romance, and this book is most definitely a guilty pleasure kind of romance novel. Sure, romance novels get a bad rep, but when they’re this good, why not get sucked in? Christina Lauren nails great character development; in this case, two great characters wrapped up in a world of celebrity. There’s also a pretty big plot twist, and I’m impressed at how the authors manage to write about acceptance, even though it feels difficult both for the reader and the protagonist. 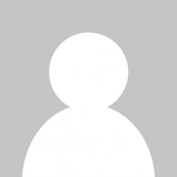 Whether you're spending Thanksgiving at home or wi

Have you ever visited a rose garden!? We packed up

Let's face it: finding the perfect pair of winter

These two!! 🥺 The love these girls have for one

“What activity are we doing today, Mom?” Momma