Just the other day hubby and I had a conversation about the fact that Scarlett will be two years old this Summer (and you know I’ll be planning one very adorable birthday bash!) Time flies. Now that Scarlett is really a toddler, I’ve slowly come down off of the post-labor terror and have started to rationally think about having more kids and what that would mean for our family.

Before hubby and I ever got pregnant with our sweet little girl, we had our hearts set on having a big family. Hubby is one of three, and I’m one of four. Both of us loved growing up in loud, full homes, and truly, I could never see it any other way. That is, until we had one. Being a mom is the best, most rewarding, most exhausting experience of my life, and I feel truly honored to be someone’s mom (especially my sweet, shy, curly-haired someone.) But being a mom is also an incredibly tough job. Countless articles on the web, shared mom war stories, and our own parents’ tales will attest to that.

For months after having Scarlett I was set on not having any more kids – at least not naturally (adoption has and always will be on my radar.) I’ve actually drafted a post and come back to it at least a hundred times about why I might not want to physically have more kids, but I’ve yet to have the courage to hit “publish.” 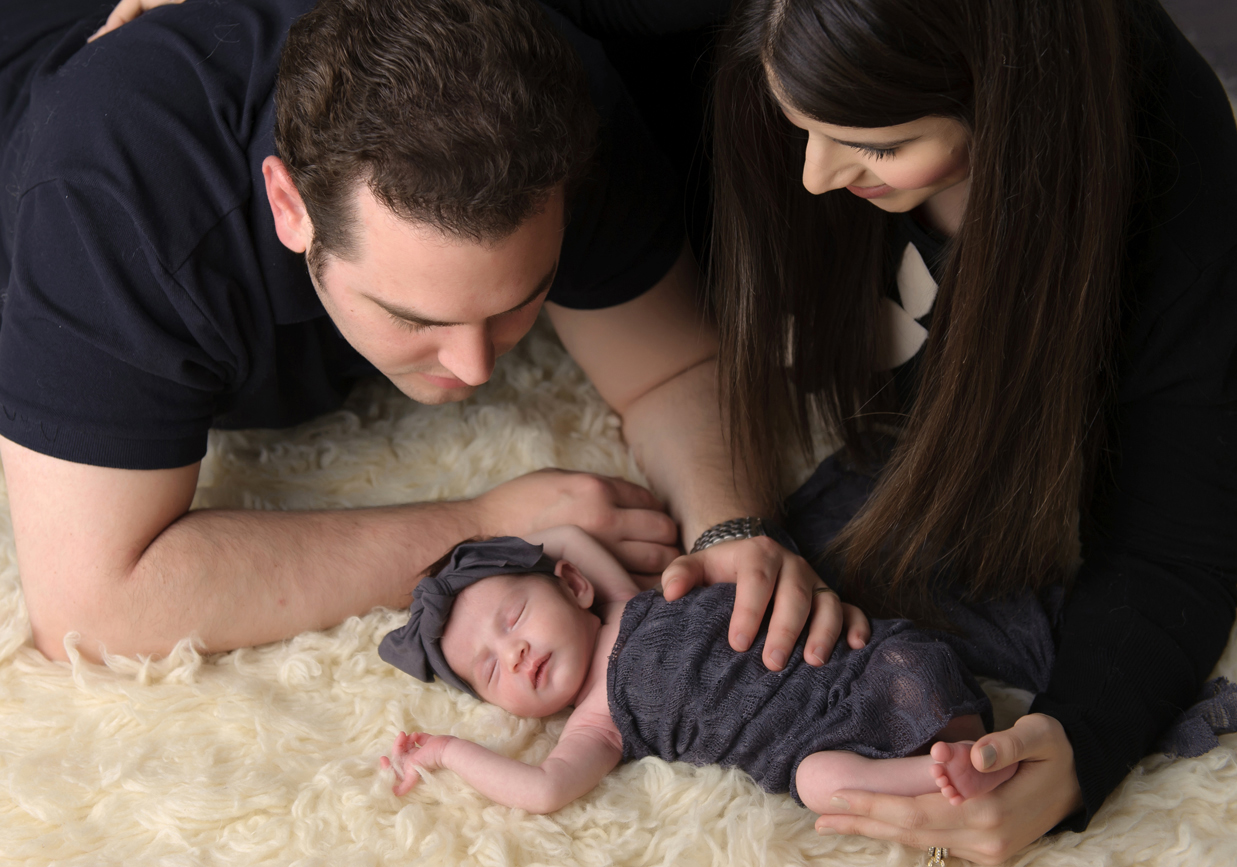 But at around the year mark of having Scarlett, I started to come around; much to the relief of my husband, who upon seeing Scarlett’s face for the first time in the hospital room 20 months ago, knew he’d want at least a dozen more just like her. It’s funny how biology works in that way. Labor and delivery is not for the faint of heart, and most of my mom friends lightheartedly joke about how tough it all is, though the current just beneath the surface is a fear so much bigger than we let on. We are warriors, after all. Society kind of expects it to be that way. Truly, how long has it taken for people to even begin to recognize postpartum depression as a legitimate and dangerous disease with consequences that affect families?

All that aside, I’m coming around. Of course the dream to have a great big family is still there. Goodness knows, I’m terrified. I’m hoping labor and a possible c-section go better the second time around, but I can’t say that I’m not scared. Still, lately, I see friends’ growing baby bumps and new babies, and my heart goes all goopy and suddenly I’m picturing a sibling for Scarlett. 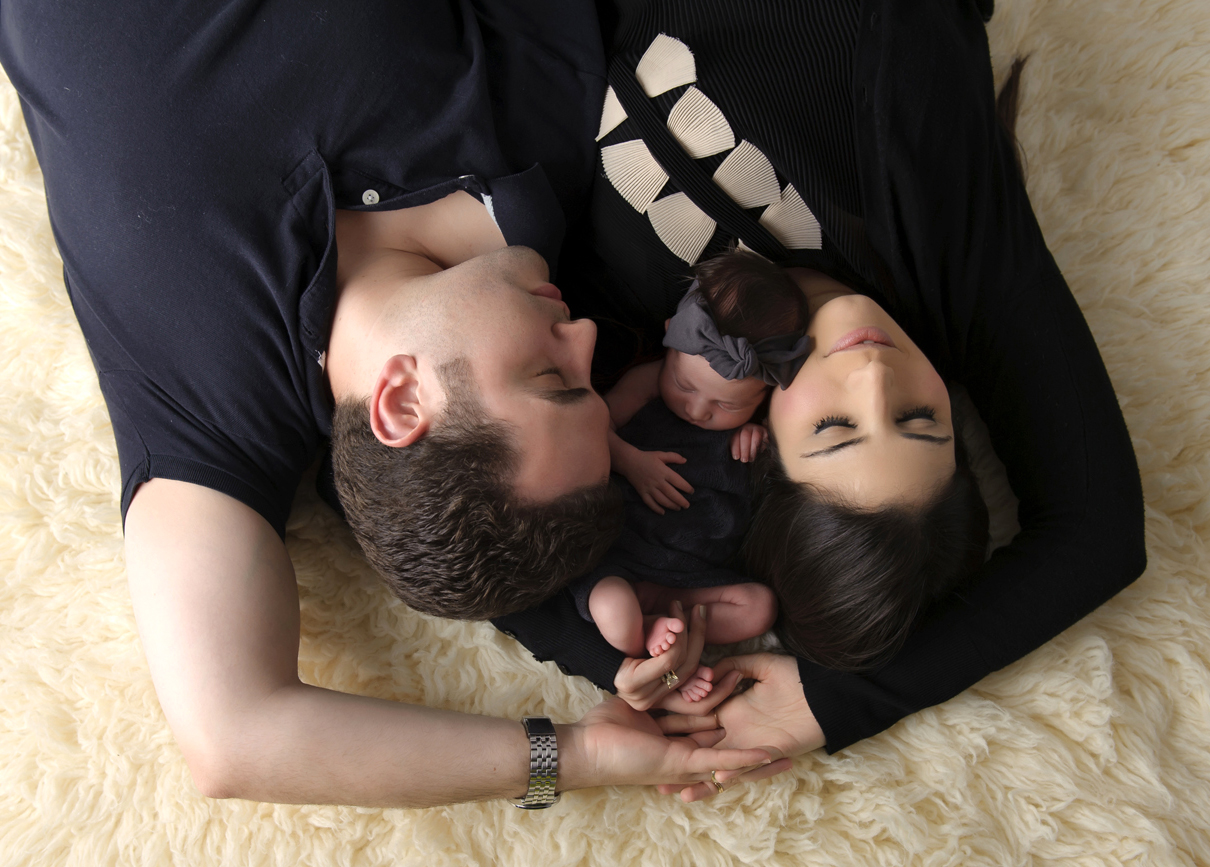 So much goes into deciding how many kids to have.

Age matters. Now that I’ve hit my thirties, doctors float around terms like “advanced maternal age” when in the past I suggested I might want to go so far as to have four or even five kids (gasp!) I’m still young enough to safely have kids without all of the increased risk factors, but by a possible third or fourth child, I might not be. Apparently, this is becoming an increasing problem as millennials are putting off having kids to go to graduate school, marrying later, etc. (Hubby and I have been together a long, long time, but we both got advanced degrees – an MD and PhD for him and a JD for me, and then waited four years into our marriage before we had Scarlett.) I never thought I’d be doing the math on spacing out potential unborn children, but here I am, counting the years, and feeling just a little bit OLD.

An issue of timing and spacing. I also want Scarlett to reach certain milestones before delving into the world of a second kid. Is that silly? I mean, how nice would it be to have only ONE child in diapers at a time? Or my first sleeping in a big girl bed to avoid the need for two cribs? And maybe I’d like to accomplish things in my own career before taking on the monumental task of a second child. I know, I’m obnoxiously Type-A when it comes to making plans, but I just can’t help myself. Naturally, everyone has differing opinions on spacing, but I like the idea of taking our time.

Then there’s a little thing called sleep deprivation. Nothing leaves you crying in your cereal bowl like a three-month old on an every-three-hour feeding schedule, morning, noon, and night.

Having a new baby is tough on a marriage. Maybe this is one of the less talked about bonuses of a newborn (because all anyone really ever jokes about are dirty diapers and sleepless nights), but it’s the truth. In those first few months, when your body is feeling battered and bruised – both physically and emotionally – it’s tough to remember how much you love the person you made that baby with. Marriage suffers a lot of resentment and frustration and neglect; and though thankfully, hubby and I got back to laughter a few months later, the first handful of months are so hard.

Having kids is expensive. So much more expensive than I ever could have imagined. The balance between wanting to work and trying to find affordable care for my daughter is hard enough, and I only have one. I can’t even imagine what it might be like to have nanny care and two or three kids in daycare at the same time. Obviously, there’s value to me working, using my brain, and feeling like I contribute to our household and society; but when does the cost of care for the kids go above what I could ever possibly earn? 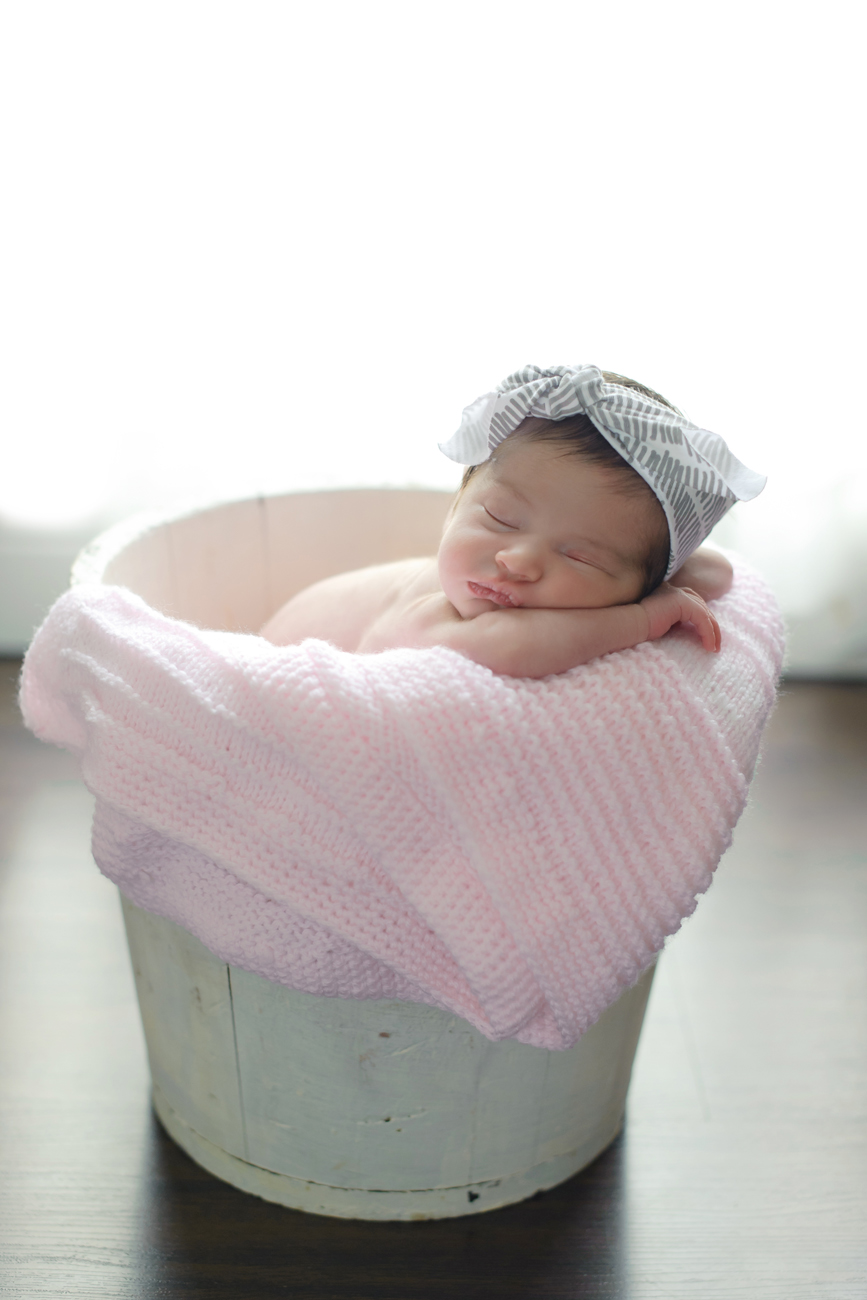 Then of course I look at pictures of our baby girl from many moons ago, so small and perfect, and my hormones are like, “Yeah, having a dozen more of us is an AWESOME idea.” Stupid hormones.

So I’m curious, how many kids do you want to have? Did that number change after you had your first? Your second? For those of you still aiming for a bigger family (3 kids or more), how did you make the decision? Are you and your partner on the same page about how many kids you want?

Photography by Stephanie Anders Photography (You can see more from our Newborn + Family Photo Shoot here.)

Older Post
How to Distress A Shabby Chic Coffee Table (the Easy Way!)

We threw a backyard pool party for our big girl, S

I’m not trying to rush summer along, but I’m a

Looking for a fun day trip around Boston this summ

Adelaide dipped her toes in the ocean for the very